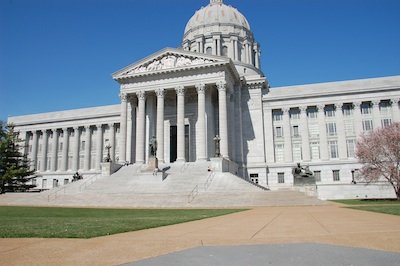 Following the release of controversial videos that raised questions about whether the national abortion provider was selling fetal tissue for profit, several Missouri lawmakers have called for investigations into Planned Parenthood’s operations in Missouri.

Last week, Lt. Gov. Peter Kinder called on House Speaker Todd Richardson and Senate Pro Tem Tom Dempsey to conduct hearings to investigate whether or not any illegal activities were taking place in Missouri. “We in Missouri have been a pro-life state for many years, and we must hold hearings on this to determine what exactly is going on at Planned Parenthood,” Kinder said in a statement. “We cannot stand idly by in the face of such a callous and ghoulish revelation. Any organization participating in, profiting from or sponsoring the harvesting of body parts from aborted babies must be held accountable.”

This Tuesday, Senate Leader Tom Dempsey announced the creation of the Senate Interim Committee on the Sanctity of Life to investigate Planned Parenthood. “The recent allegations that Planned Parenthood is selling fetal tissue to medical laboratories is not only appalling, but illegal as well,” said Dempsey. “This type of action demands a legislative investigation. I am tasking this interim committee to find out exactly what is going on behind closed doors and hold them accountable for any illegal actions.”

Sen. Kurt Schaefer has been appointed committee Chairman and says that if these serious allegations prove to be true, the facility should not only lose its license, but be stripped of all federal funds they currently receive.

“Missourians deserve to know the truth behind this potentially atrocious violation of our state laws and humane values,” said Schaefer. “Over the next few months this committee will conduct a rigorous investigation into the monstrous and inconceivable acts carried out by Planned Parenthood.”

The committee will include seven members, and the duties will include conducting an in-depth analysis of the Planned Parenthood business model and methods by which they dispose human remains from aborted fetuses and determining whether any state dollars have been directly used in such activity, as well as other duties.

The committee will hold public hearings and issue a report to the General Assembly by Dec. 1, 2015. The organizational meeting of this committee will be Monday, July 27th.

Also on Tuesday of this week, Attorney General Chris Koster announced that his office had opened an investigation into whether Planned Parenthood clinics in Missouri have violated state law in connection with their provision of abortion services.

Koster’s announcement came after Senators Kurt Shaefer, Mike Parson and Wayne Wallingford, who this year sponsored a bill to ensure annual inspections of abortion facilities, reached out to the AG asking him to look into the allegations against Planned Parenthood.

Missouri Gov. Jay Nixon has said that he is not interested in an investigation.

“Missouri Right to Life welcomes the investigations that have been proposed by our elected officials. Planned Parenthood in other parts of the country has been investigated over the years for other illegal practices including the failure to report statutory rape and misuse of government funds,” said Steve Rupp, President of Missouri Right to Life.

“We have proposed an abortion facility inspection bill in the Missouri legislature for the past two legislative sessions. It is time to provide investigation and oversight of this huge corporation that enjoys the benefit of our tax dollars to carry out some of their reprehensible activities. In addition to these much needed investigations, we call upon the Missouri legislature and statewide officials to support and pass the abortion facility inspection bill,” Rupp concluded.

Nationally, U.S. Rep Ann Wagner (R-Ballwin, MO) is one of several lawmakers asking both the House Judiciary Committee and the House Energy and Commerce Committee to investigate Planned Parenthood.

PrevPreviousMissouri Right to Life Joins with Defenders of the Unborn in Protest
NextU.S. Senate to Vote on De-Funding Planned Parenthood!Next
Scroll to Top