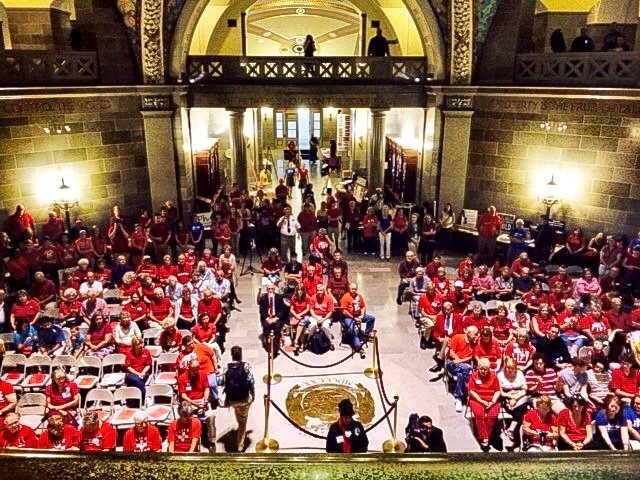 On September 10, two diverse groups converged on the Missouri Capitol, both with supposedly the same goal – to protect Missouri women.

A small group of Planned Parenthood supporters in purple shirts gathered on the Capitol steps calling for opposition to the override of Gov. Nixon’s veto of the 72-hour reflection period. They held signs which said “Protect Missouri Women.”

Hundreds of Missouri Right to Life members and other groups supporting the override filled the Capitol rotunda in a sea of red shirts calling out, “We like women, yes we do. We like women, how about you?” Post-abortive women and those conceived in rape rallied the crowd with their personal witness of how abortion hurts women, calling for the increased reflection period.

But which group is truly interested in protecting women?

The authors present evidence that the link between abortion and breast cancer is incontrovertible with 56 studies showing a positive association. The book also documents immediate physical risks of abortion from injury, including perforation of the uterus, and infections – and subsequent problems such as miscarriage, placenta previa, infertility, and premature births.

Those in the purple shirts called for women to have less time to consider all of these risks. How can that protect women? As for those of us in red: “We like women, yes we do. We like women and babies, too!”